The Camarthen Fans : Dancing With Storms 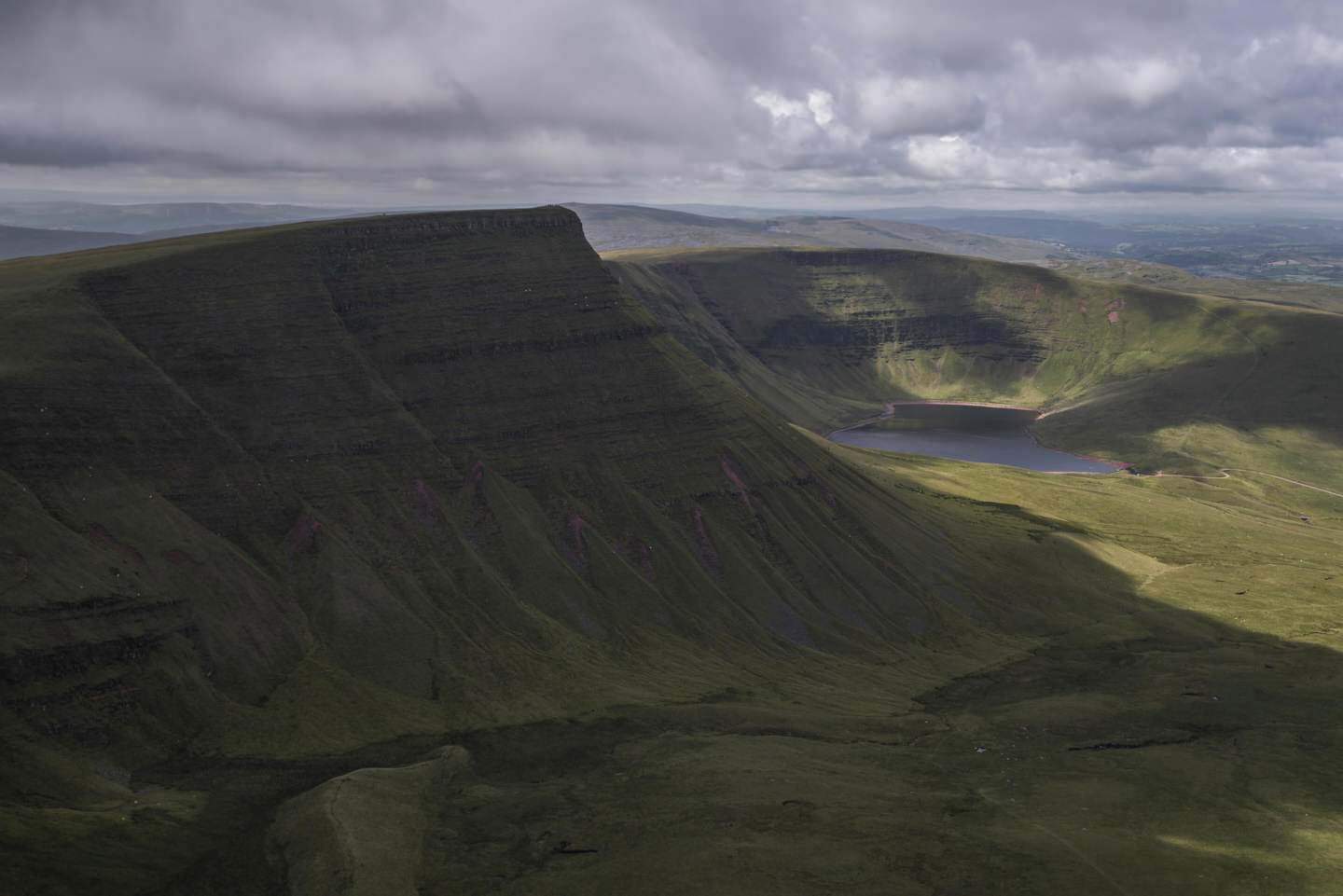 In the Carmarthen Fans, like any mountain landscape, storms can be lethal. Great winds rip maps from clutching fingertips, rendering the hiker lost and swiftly wind chilled. In the UK's more unruly mountains, it's not unheard of to be plucked off your feet and deposited 20 feet away. Bulky clouds block out the sun, plummeting temperatures and smothering the hiker into the navigational nightmare of a whiteout. This renders route finding a veteran skill, where (without the use of the GPS) one must rely on a combination of instinct, the ability to detect the slightest change in gradient underfoot and a confidence in distance measuring using the hiker's own paces. Worse still, merciless cumulonimbus clouds bring rain, hail and lightning. Never are you as exposed to these particular elements as on a mountain summit.

So, bearing this in mind, we set out for the Carmarthen Fans. The forecast, storm. We drew up multiple exit routes off of the most exposed high ground in the eventuality that it did hit, ready to retreat at a moments notice or turn back at the advent of danger. It would, we mused, certainly make the day a memorable one for my brother Rob. This was to be his first mountain climb.

On the approach, tumultuous cloud circled threateningly around Picws Du (also known as Bannau Sir Gaer). In stark contrast below, a pond bloomed dainty white flowers. Pond skaters and other insect life bounded over the surface. Swaths of fog blew about us, revealing sheep trapped within its clutches and then snatching them back into the murk. The sheep themselves were oblivious to our presence, as if we were watching from inside a dream. I imagined they were copies of each other. Each the same sheep, reliving his life eternally over and over. Each sheep that the fog parted to reveal was another iteration, centuries or eras apart. Their bewildered bleats were twisted, demented cries of confusion and angst. A dread omen that intensified as the sombre chorus tolled again and again.

This chilling feeling lifted with the rising fog. Suddenly we were in a crater-like bowl, ringed by the wind-sculpted sandstone curves of the Carmarthen Fans. They reared from the lake at their feet, proclaiming total dominance over the landscape. A cliffside pass gave Rob a chance to battle with vertigo and the stiff climb up Fan Foel tested his metal further. Plain choc digestives in hand, Rob and Hollie utilised this apparent rocket fuel to leave me trailing behind in the bid for the first summit. At the trig point, we admired the weather divide. Optimistic cumulus to the north and dense black nimbostratus to the south.

It is strange how you can think you know a mountain and then see it from a new angle or perspective which totally throws your impression. Picws Du holds its shape until viewed from the west, where it is unified with its siblings in striking formation. From this viewpoint, you could see England. Rob had claimed his first mountain. The storm had not come. It was time to head home.

Directions For The Camarthen Fans