Despite being in the centre of a city, Qionglong mountain has lots to offer if you're willing to forgo natural beauty for cultural interest, or indeed for root vegetables. I was one of the only people actually progressing up the mountain. Hordes of families roved the forest, digging out turnip-like veggies using their hands and sticks. It was an amusing sight and everyone was in good cheer. Walking along, you could see the tops of the little plants, like arrowheads, poking out of the ground.

My main reason for climbing Qionglong was to see Taihu Lake. It was supposed to be a great viewpoint. An inscription carved into a marbled rock on the mountain quotes emperor Qianlong's poems, inspired by the lake. They conjure images of beautiful red pines and far-flung vistas. Allegedly a sweep of his arm encompassed 10,000 acres of Lake Taihu. Unfortunately, on the day, due to either pollution or humidity, and despite the sun, I could scarcely make out the shadow of Taihu beneath the gloomy haze. Luckily, there's lots more to see.

The destination for most on this walk is the Sanqing Temple Complex. An impressive arrangement of buildings of various size and shape. The temple itself features a massive golden statue of the jade emperor, who is (rather impressively) a 226,800,000-year-old god. Wandering around, I stumbled upon a secluded grove of sparkling purple flowers and later on Wanghu Park. Its only inhabitants were a group of lazy cats. I felt quite at home there. The curves of Chinese architecture and abundant water features made it a tranquil place. 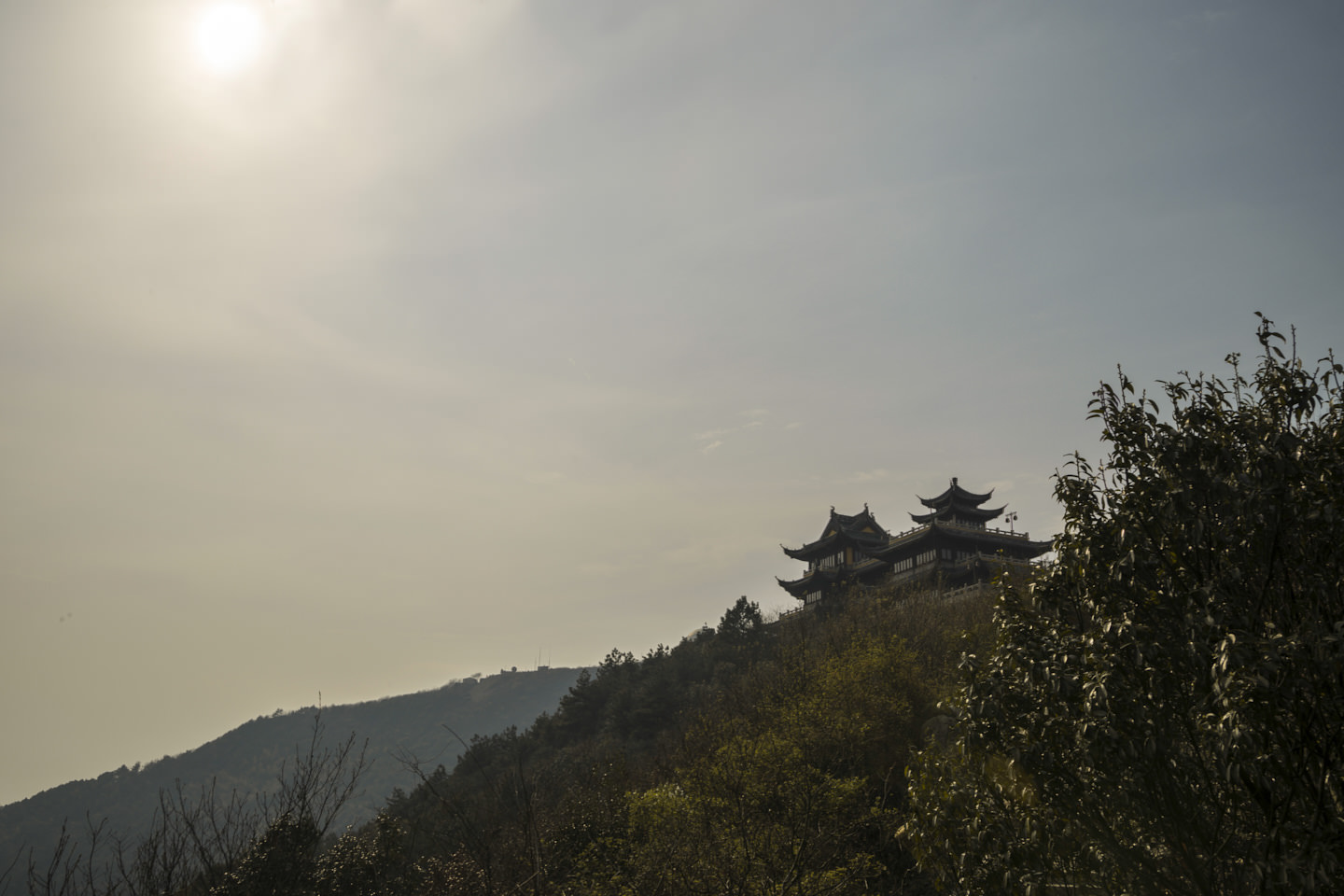 If you continue past the temple and up to a calligraphy school further on, you can climb a small lookout post for a final viewpoint. Position yourself carefully and you might even be able to find a view that isn't scarred by Suzhou's skyscrapers. The actual summit of the mountain is blocked off because it is occupied by what looks to be a weather station, so I headed back down through the bamboo forests again. I was tempted to dig up one of the curious Chinese-turnip-things for dinner but thought I'd probably cook it wrong. So I left the foraging to the locals. I'll stick with noodles.

To Get To Qionglong shan

Planes/buses/trains run to Suzhou. Take bus 64 from Suzhou bus terminus. Get off at Qionglong shan.

Entry to Qionglong Mountain is around 50元.

These directions are merely a suggestion as there is lots to explore and it's hard to get lost.