Radventures begun when Hollie and I climbed our very first mountain together in the Brecon Beacons. In that moment, I realised how beautiful the UK and moreover, the world, truly is. I realised what I had been missing out on. It transformed my whole world and has shaped my purpose since.

Hollie and I were looking for adventure. Having just finished uni, we were far from ready to start a nine to five. We ripped out the back seats of my old VW Polo and replaced them with sun lounger cushions. The passenger window was taped up with duck tape to stop it falling down. I needed to re-glue the inside mirror every now and then.

A week into our travels, the car ignition busted. From then onwards, we parked on a hill (ideally facing downwards!) so we could push start the car. The car evolved as we picked up gifts and memorabilia. We strung bungee cord across the ceiling to carry instruments and fashioned a toilet roll holder from the roof handles. Despite its quirks, our home on wheels was everything we needed.

The feeling of freedom in those months was unparalleled, but a sense of confusion began to grow inside me. What had I been planning for all my life? Where was my degree supposed to take me?

Though far from my original ambitions, the idea of a hiking website was starting to crystallise. People had to learn how beautiful the world really is. When Hollie suggested it be called ‘Radventures’, we started to get excited.

That was in 2014. Since then, I’ve lived and travelled throughout Asia, converted an ex Royal Mail van into a camper, taught myself how to code and battled with a combination of Tension Myositis Syndrome and Myofacial Pain Syndrome, which left me unable to use my arms for around 12 months. It's been a path with much ascent, descent and perhaps a little too much scree! 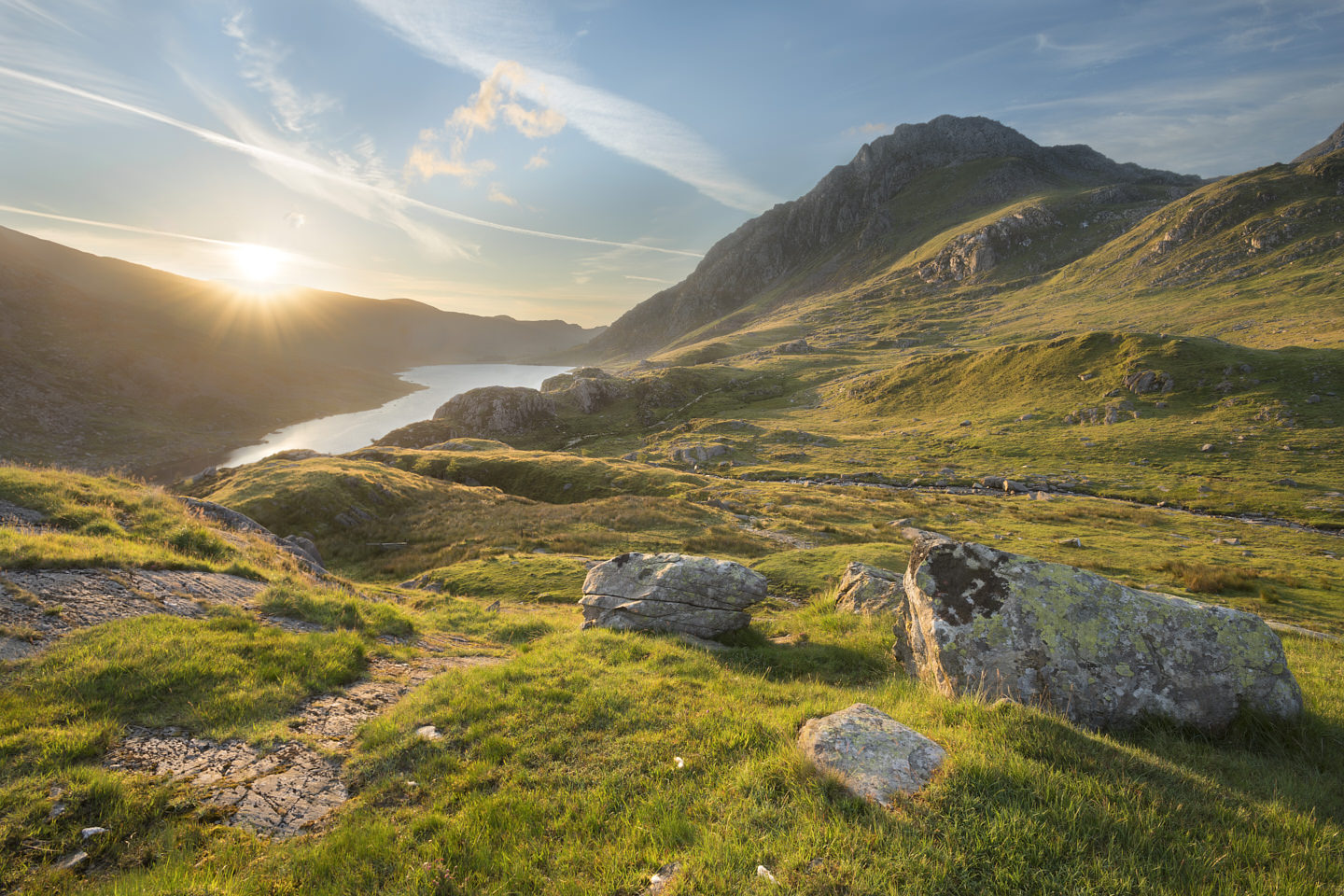 Radventures will always be free. Our world is something to be treasured, adored and cherished. It is an infinite well of inspiration, positivity and beauty, and needs all the love and support we can muster if we are to overcome the greatest challenges humanity and the world have ever faced. For me, reconnecting with nature started with a jaw-dropping view atop a gusty peak. I don't think there's any better way to wake up.

I want us all to hike and love the world together. I firmly believe that if everyone climbed mountains we’d live richer, more purposeful and more fulfilling lives. We might stop polluting our oceans with plastic and warming our atmosphere. We might all learn to live with animals instead of crushing them under the weight of ego and progress.

So go, explore. Find a double rainbow. Watch a sunrise explode across the sky. Marvel at winds strong enough to blow waterfalls upwards and icicles taller than humans. See a waterspout. Spot a golden eagle. Ford a rushing river by rope. Walk with fireflies or through a tunnel of snow or along a ravine-defying footbridge. Wake to stars, the milky way, the aurora. Stand above the clouds. Be so still a dragonfly lands on your shoulder or a bird lands on your outstretched hand. Battle your way through a tropical monsoon. Traverse a frozen waterfall. Climb a mountain. Have an adventure.